The most stereotypical of Spanish cities.Seville is the artistic and cultural capital of Southern Spain. The city is filled with famous churches, Architecture and history. With it’s Roman origins, Followed by 500 years of Islamic occupation to it’s now very christian faith. The architecture reflects the city’s diverse history. This can be seen in the the cathedral which was built by the christians in the 13th century. Climb the famous Giralda bell tower to get great views of the city and the cobbled streets below. 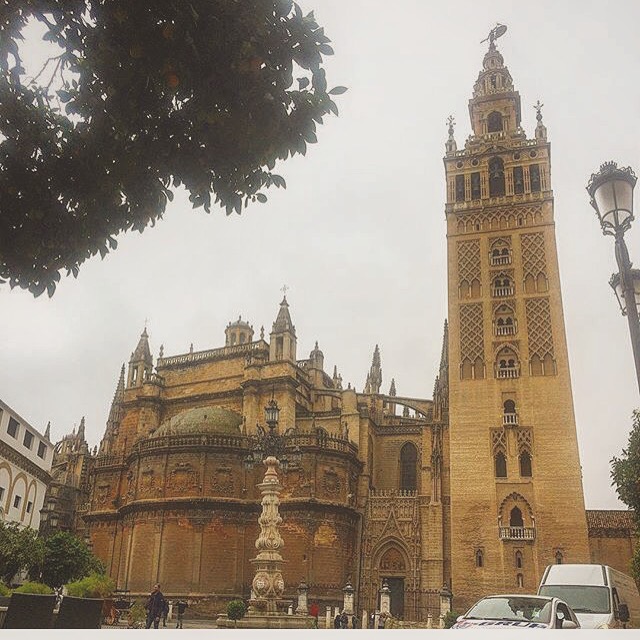 From the Cathedral navigate through the orange tree lined streets to find yourself at the Barrio Santa Cruz. This is the old Jewish quarter of the city. Here you can find some of Seville’s oldest churches and old squares.

You can loose yourself through narrow winding streets, which also offers protection from the hot sun during the summer months. Visit during the summer period when the city burst into full of colour. Spend the long summer nights chilling in the many outside bars drinking a crisp cold Cruzcampo, The local beer of Seville. If you fancy bracing the Spanish culture then visit Casa De La Memoria. Here you can enjoy typical Spanish flamenco, Performed by young artist in an old 15th century plaza. for more of a hipster vibe to the city then head to The Setas, which is loos like a huge Mushroom building.

At the Setas take a stroll around the walkway from the top and get magnificent views of Seville. Descending from the Setas you can walk the near by streets to find cool, nifty little tapas bars and the local Sevillanos hanging out in poky little bars socialising and watching the world go by. For all football nuts then a Sevilla game is defiantly one to experience. All home games are played at the Ramón Sánchez Pizjuan stadium. On game day the stadium is filled with die hard fans singing and chanting giving the stadium an electric atmosphere.

Seville is a city that you can loose yourself in and find yourself surrendering to the hypnotic Spanish magic.